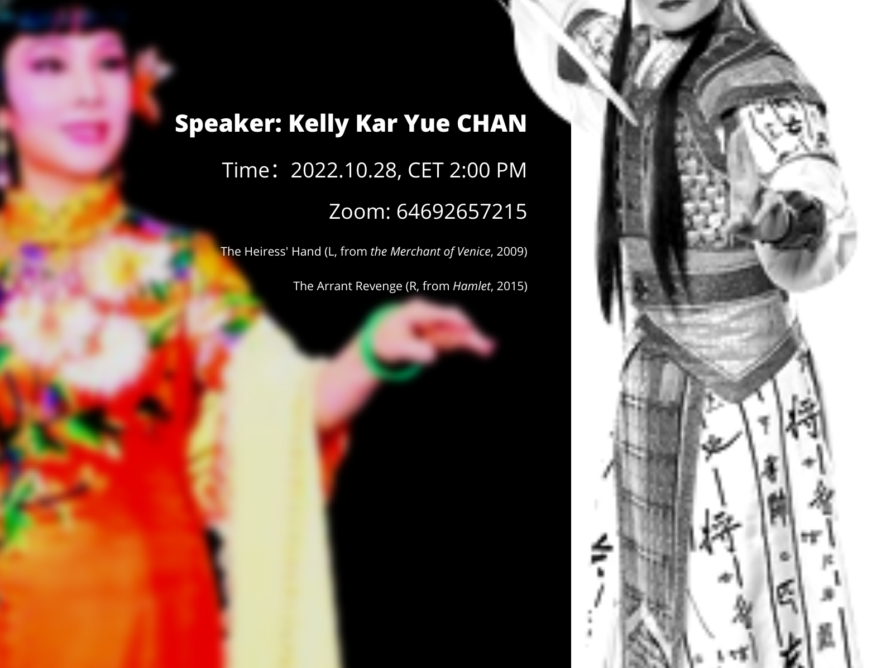 Online:
Join the event via ZOOM
Or by scanning the QR code: 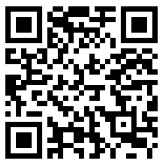 Drama and performances are meticulously knitted with poetic and lyrical representations; poetry in turn conforms well to the dialogue-lyric-laden framework of plays and operas. Specifically in the case of Cantonese opera, it is inspiring to scrutinize the intimate relationship amongst the specific poetic structure, rhetorical features and their cultural implications manifested in performable genres during the process of translation and adaptation.

Over the last few decades, some attempts of adapting Shakespearean plays into Cantonese opera performances were witnessed. Well-known Shakespearean plays like Macbeth, Hamlet and Midsummer Night’s Dream have been reformatted and restored into localized Cantonese opera titles (starting from 1996, and in 2012 and 2015/2018 respectively), resulting from a breakaway of territorial and literary restrictions, and a merging of Eastern and Western essentials to supplement the original taste of these performances. For Chinese performance goers who are also familiar with English literary masterpieces, this creation subsequently serves as a brand-new knowledge transfer. In spite of some criticisms received for such adaptations for being “something in-between”, it is still worthy of sensible discussions about the value of their existence. 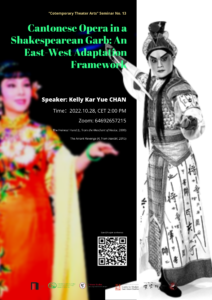