Keynote Lecture:
Manchu Sources and the Problem of Translation 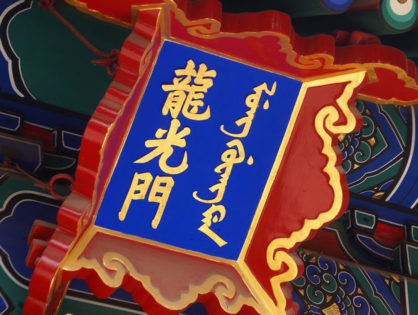 As an ‘ethnic minority’ with origins in the semi-nomadic civilisations of northeast Asia(Manchuria), the Manchus successfully ruled Han-dominated China and extended the territory of the “Great Qing” (1636/1644-1912) far into Inner Asia, including Mongolia, Tibet, and East Turkestan (Xinjiang). Thereby, they created a wide corridor, connecting many different peoples and cultures under their rule and beyond.

The University of Göttingen (Department of East Asian Studies & Centre for Modern East Asian Studies) will be hosting the workshop Manchu in Global History: A Research Language for Qing Historians. We invite paper proposals from prospective speakers who offer specific case studies as well as broader studies on Qing and Manchu history.

Prof. Dr. Mark Elliott is Mark Schwartz Professor of Chinese and Inner Asian History at Harvard University.  He is one of the most well-known historians of (New) Qing history and has published influential works such as Emperor Qianlong: Son of Heaven, Man of the World (2009), also available in Korean (2012) and Chinese (2014), The Manchu Way: The Eight Banners and Ethnic Identity in Late Imperial China (2001), etc..