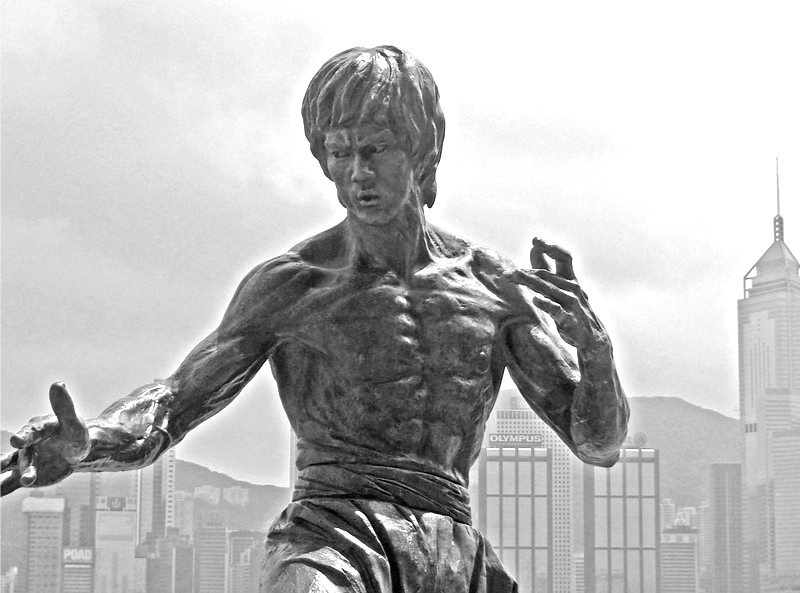 Enter the Dragon is a 1973 martial arts action film produced by and starring Bruce Lee. The film, which co-stars John Saxon and Jim Kelly, was directed by Robert Clouse. It would be Bruce Lee’s final completed film appearance before his death on 20 July 1973 at age 32.

Enter the Dragon is considered to be one of the greatest martial arts films of all time. In 2004, it was selected for preservation in the United States National Film Registry by the Library of Congress as being “culturally, historically, or aesthetically significant”. Among the first films to combine martial arts action with the emerging Blaxploitation genre, its success led to a series of similar productions combining both genres. Its themes have also generated scholarly debate about how they reflect the changes taking place within post-colonial Asian societies following the end of World War II.
(Source: https://en.wikipedia.org/wiki/Enter_the_Dragon)