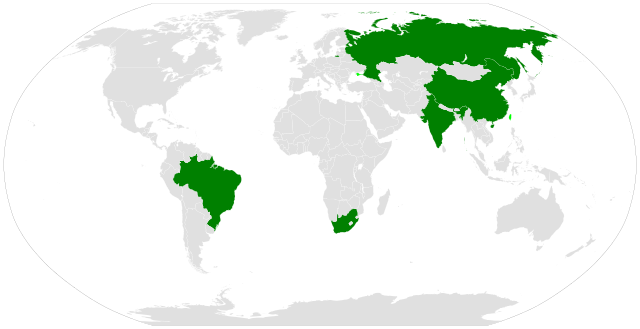 Abstract:
In the first decade of the 21st century, five rising powers (Brazil, Russia, India, China, and South Africa) formed an exclusive and informal international club, the BRICS.  Although neither revolutionaries nor extreme revisionists, the BRICS perceive an ongoing global power shift and contest the West’s pretensions to permanent stewardship of the existing economic order. Together they have exercised collective financial statecraft, employing their expanding financial and monetary capabilities for the purpose of achieving larger foreign policy goals. This volume examines the forms and strategies of such collective financial statecraft, and the motivations of each individual government for collaborating through the BRICS club. Their cooperative financial statecraft takes various forms, ranging from pressure for “inside reforms” of either multilateral institutions or global markets, to “outside options” exercised through creating new multilateral institutions or jointly pushing for new realities in international financial markets. To the surprise of many observers, the joint actions of the BRICS are largely successful.  Although each member has its unique rationale for collaboration, the largest member, China, controls resources that permit it the greatest influence in intra-club decision-making. The BRICS cooperate due to both common aversions (for example, resentment over being perennial junior partners in global economic and financial governance and resistance to infringements on their autonomy due to U.S. dollar dominance and financial power) and common interests (such as obtaining greater voice in international institutions, as the IMF). The group seeks reforms, influence, and enhanced leadership roles within the liberal capitalist global system. Where blocked, they experiment with parallel multilateral institutions in which they are the dominant rule-makers. The future of the BRICS depends not only on their bargaining power and adjustment to market players, but also on their ability to overcome domestic impediments to sustainable economic growth, the basis for their international influence.