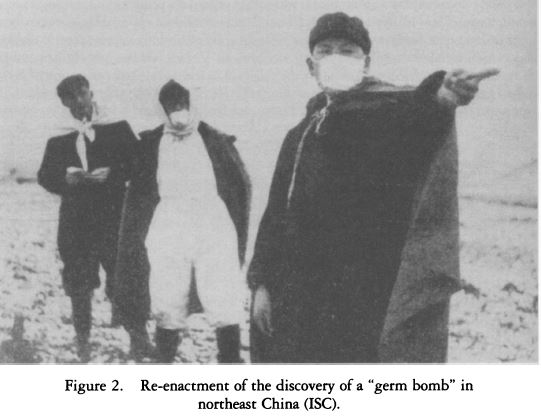 Abstract
Since 2016, the Chinese Communist Party proclaimed the strategy of “military-civil fusion” of research (Kania 2019) (军民融合). However, this cooperation between military academies and civil universities or research institutes is not new. This lecture aims to discuss the overseen or hidden link and connection to the People’s Liberation Army (PLA) and its warfare for the institutionalization of disease control in China with case studies from the Korean War to the recent outbreak of Covid-19 epidemics.

I will discuss two different qualities of this militarization of disease control and medicine: First, disease control is organized in a procedural logic and along with the script of warfare and it mainly implemented by agents of warfare. The fight against an “American virus” during the Korean War, the strive to eliminate transmitting animals during several health campaigns, the SARS in 2003 and Covid-19 epidemics are examples how disease control is organized in the logic of battle when military logistics and organization patterns temporarily take the lead and establish new forms of control and distribution.

The second dimension of the militarization of the medical field is how “Military Academies” initiate and supervise joint medical projects with “civil” research institutes and universities. The best-documented example of this military-civic fusion is the noble price laureate Tu Youyou and her involvement in the “Project 523” against malaria in the 1970s.

Today, the Communist Party has restructured its science institutions and scientists to explore new forms of warfare with “life-controlling power” (制生权) or brain/ -controlling power” (制脑权). For this aim, the PLA seeks to integrate certain strategically important scientific disciplines (nanotech, neuroscience, genetics, AI) and their research into its military strategies. However, in contrast to Tu Youyou’s studies conducted in an exclusive Chinese context, today’s weaponization of science intends to create research platforms with international scholars for innovation and knowledge transfer of their usable data, techniques, and output. I will analyze these mechanisms based on the French-Chinese cooperation in one of the labs of the Wuhan Institute of Virology and the current search for vaccines against Covid-19 in commercial start-ups with a military background.

Sascha Klotzbücher is the Acting Chair for “Society and Economy of China” at the University of Göttingen. His research interests are health governance and memory of the Cultural Revolution. Related publication to the topic of the talk is the article “’Embedded Research’ in Collaborative Fieldwork” in the Journal of Chinese Current Affairs and his Ph.D. thesis on rural health care in the People’s Republic. His recent publication is a monograph on the transgenerational transmission of the Cultural Revolution in families (Lange Schatten der Kulturrevolution: Eine transgenerationale Perspektive auf Politik und Emotion in der Volksrepublik China“. Psychosozial-Verlag, 2019).