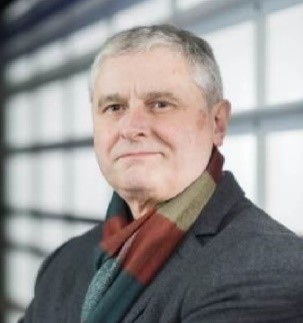 “Whither China?” requires, of course, a clear sense of “whence China?” Chinese historiography over the past century or more has continued to contribute to this retrospective assessment and prospective speculation. Any assessment of Chinese historiography perforce reprises many of the central themes in the work of Dr. Susanne Weigelin-Schwiedrzik: the internationalization of the study of Chinese history (both inside China and outside), the centrality of politics and morality in Chinese historiography, and the search today for a new master narrative. I follow these themes in the case of recent Chinese historiography that has been reconsidering China’s Twentieth Century revolutions, what is often referred to as “New Revolutionary History” (新革命史). I see three important worlds of conversation about China’s recent past: the official 官方, the academic 学术, and the social 民间. Xi Jinping has led an official Party effort to re-assert an orthodox reading of “the first thirty years and the second thirty years” of the PRC. Scholars in PRC universities have produced a wide range of empirical and theoretical studies, many of which seek a scientific understanding of China’s revolutionary past. Increasingly, independent scholars, artists, and activists have availed themselves of the new media (from convenient video recording to the internet) to offer unofficial readings of this history from which to draw their own meaning. Each seeks to shape the collective memory of “China,” yet different official policies, different academic schools, and different communities across China’s continental-sized society offer distinct, often different and sometimes conflicting narratives. As both Susanne Weigelin-Schwiedrzik and Arif Dirlik have noted for historical universality, any comprehensive Chinese history must be a sum of these particularities.

Timothy Cheek is Director of the Institute of Asian Research and Louis Cha Chair Professor of Chinese Research at the School of Public Policy and Global Affairs and Department of History at the University of British Columbia. His research, teaching and translating focus on the recent history of China, especially the Chinese Communist Party and intellectual debate in China. His books include The Intellectual in Modern Chinese History (2015), Living with Reform: China Since 1989 (2006), Mao Zedong and China’s Revolutions (2002) and Propaganda and Culture in Mao’s China (1997), as well as edited volumes, Mao’s Road to Power: Revolutionary Writings, 1912-1949, Vol. VIII (2015) with Stuart R. Schram, The Cambridge Critical Introduction to Mao (2010), and New Perspectives on State Socialism in China (1997), with Tony Saich. In recent years Cheek has been working with some Chinese intellectuals to explore avenues of collaborative research and translation. https://sppga.ubc.ca/profile/timothy-cheek/