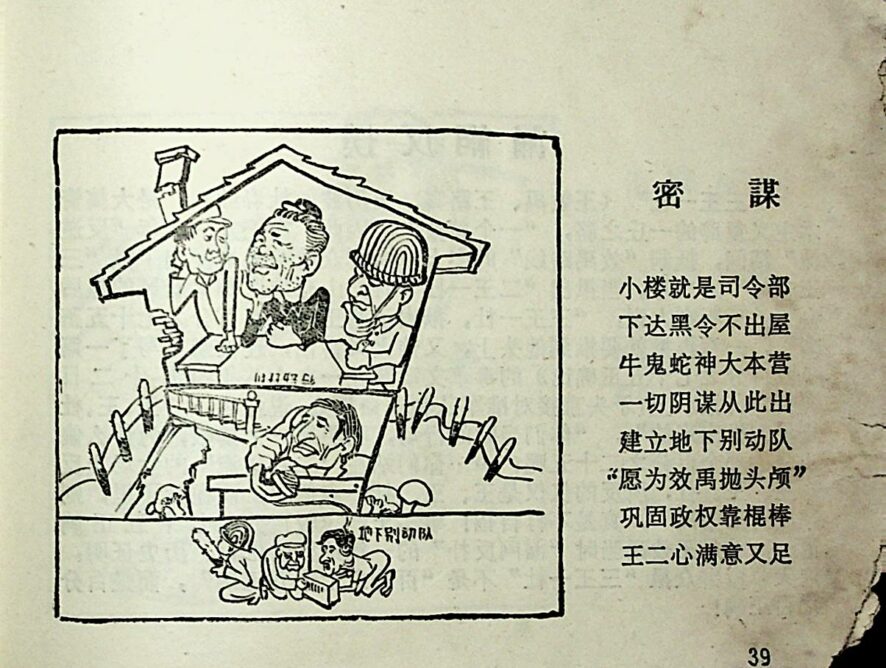 Looking at 100 years of CCP history, the Cultural Revolution emerges as a key event in post-49 history. The idea is that understanding the Cultural Revolution is crucial to understanding both the Maoist period and the post-Maoist period of CCP history. In no socialist country has the leader of the Communist Party dared to mobilize the population against the Party, and to some degree, it is still a mystery that the CCP survived this attack. Mr Cui Jinke, doctoral student from the University of Vienna, will introduce insights from his doctoral project on factionalism in CCP history, and Susanne Weigelin-Schwiedrzik as well as Sascha Klotzbücher will discuss his findings in the context of research strategies that focus on memory and theoretical approaches to explaining the Cultural Revolution.

Pancake and Ladder: Inside Local Factional Politics during the Cultural Revolution
Cui Jinke (University of Vienna)

The Cultural Revolution (CR), known as the Ten Years of Chaos, is the most sustained and intensive factional struggle in the 100-year history of the Chinese Communist Party. However, the official party history records tend to be silent and vague on the content of factional politics, especially when it comes to the local levels of the political process. Moreover, the lack of local sources makes it more difficult to analyze its variety outside the center. On the local level, do the factional conflicts occur inside the rebel groups, or between the rebels and the conservatives supported by the army? Is it a game of “the winner takes it all”, or is it a “balance of power” game? By analyzing the primary sources from the process, oral history records, and local chronicles from Shandong province, this presentation will show that policy reversals have repeatedly occurred in the process of local factional politics (called turn over pancakes翻烙饼 during the CR). A typical factional circle starts with a crisis initiated as a result for a certain central political agenda.  Then a specific group is mobilized to attack selected targets. When the crisis rises to a certain level, the campaign initiator intervenes on behalf of the criticized target and offers a way out. This tactic is described as “setting aladder架梯子“. Through this method, the campaign initiator tries to gain the gratitude and loyalty from those factions which had been under attack. In local factional practice, the optimal solution, i.e that the winner takes it all, was rarely achieved. Instead, usual procedure is constant internal split and repeated balancing of power. This finding will contribute to understanding the complicated local factional political process in CR.

Cui Jinke崔金珂 is a PhD student at the Department of East Asian Studies – Sinology (University of Vienna). He obtained her MA at Peking University, majoring in the History of the CCP. For his research on the Cultural Revolution Cui Jinke conducted fieldwork in Shandong and Shanxi provinces, collecting local archival materials and conducting oral history interviews since 2013.