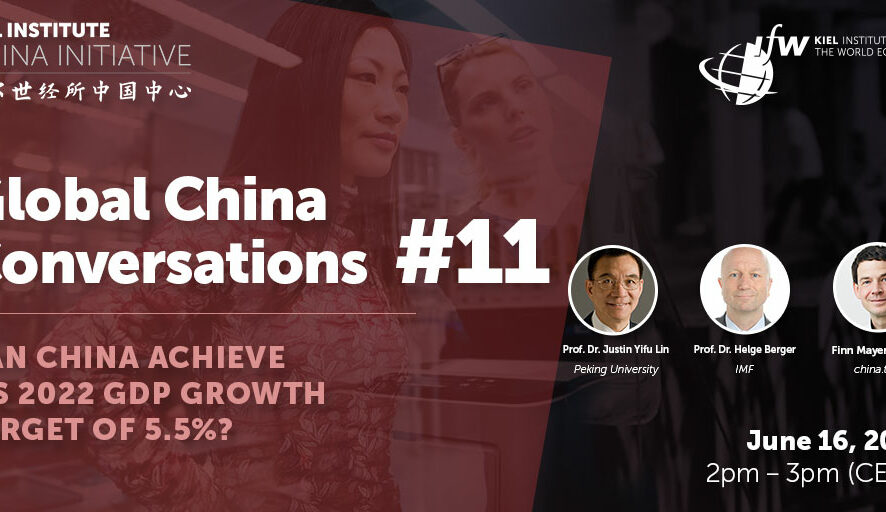 In early March, China announced its ambitious economic growth target of 5.5% for 2022. Over the past two months, however, both the national and the global economic environments became even more challenging for China to achieve this development goal. The unprecedentedly strict, large-scale and long-lasting lockdowns in Shanghai and other cities in China have strongly restricted normal business operations, compounded supply chain disruptions and weighed down spending on consumption. Global economic pressure has increased too. The war in Ukraine has slowed the global economic recovery and fueled global inflation.

Despite these challenges, some Chinese experts are convinced that achieving the GDP growth target is still possible with effective counter-cyclical policy measures and if China can succeed in its dynamic Null-Covid policy soon. On the contrary, experts from the West are now even more pessimistic than before. In April, the IMF, for example, again downgraded China’s economic growth forecast for this year to only 4.4%.

Helge Berger is the IMF’s China mission chief and Assistant Director in the IMF’s Asia and Pacific Department. He is also an adjunct professor of monetary economics at Free University of Berlin. He was educated in Munich, Germany, where he received his PhD and the venia legendi for economics. Previously, he taught at Princeton University as a John Foster Dulles Visiting Lecturer, helped to coordinate the Munich-based CESifo network as its research director, and served as a full professor (tenured) at Free University Berlin.

Justin Yifu Lin is Dean of the Institute of New Structural Economics, Dean of the Institute of South-South Cooperation and Development and Professor and Honorary Dean of the National School of Development at Peking University. He was Senior Vice President and Chief Economist of the World Bank from 2008-2012. Prior to this, Mr Lin served for 15 years as Founding Director and Professor of the China Centre for Economic Research (CCER) at Peking University. He is a Councillor of the State Council and a member of the Standing Committee of the Chinese People’s Political Consultation Conference. He is the author of more than 20 books including New Structural Economics; Demystifying the Chinese Economy; The Quest for Prosperity, etc. He is a Corresponding Fellow of the British Academy and a Fellow of the Academy of Sciences for Developing World.

Finn Mayer-Kuckuk is a business journalist specializing in East Asia. He heads the editorial team of China.Table, the daily professional briefing for experts in business, science, politics, and organizations. Among other things, he has worked as Beijing correspondent for the Handelsblatt and the DuMont Group and later represented several media as business correspondent at the Federal Press Conference in Berlin.