Lecture: Underneath the grand yellow imperial roofs of Martyrs’ Shrines: Taiwan’s colonial past and onwards and the political symbolisms at play

Home
/
Events
/
Lecture: Underneath the grand yellow imperial roofs of Martyrs’ Shrines: Taiwan’s colonial past and onwards and the political symbolisms at play

Lecture: Underneath the grand yellow imperial roofs of Martyrs’ Shrines: Taiwan’s colonial past and onwards and the political symbolisms at play 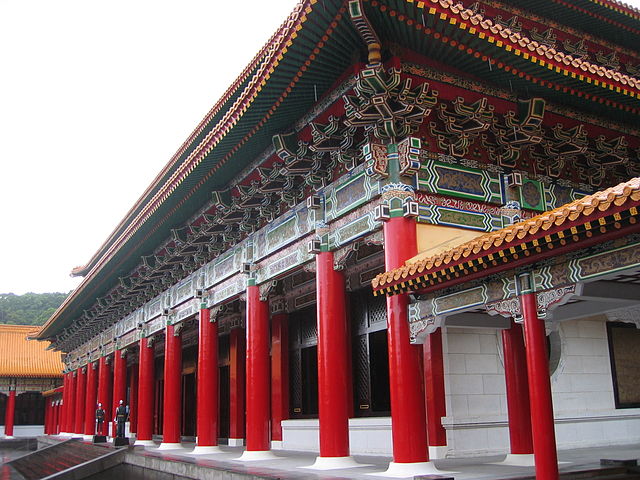 Underneath the grand yellow imperial roofs of Martyrs’ Shrines: Taiwan’s colonial past and onwards and the political symbolisms at play

The paper investigates the shift of power symbolism represented in Shinto Shrines and Martyrs’ Shrines since the colonial era in Taiwan, through putting architectural/urban design theories into dialogue with political history. Three architectural complexes, Hualien Martyrs’ Shrine, Taipei National Revolutionary Martyrs’ Shrine and the Imperial Palace in Peking are interpreted in material and spatial terms.

Hualien Martyrs’ Shrine and the Taipei National Revolutionary Martyrs’ Shrine, located on the former sites of two annihilated Shinto Shrines built by the Japanese colonisers, were commissioned and reconstructed by the Republican’s Party in Taiwan in the 1970s. Shifting from being the site enshrined with the spirits who fought to contribute the expansion of the Japanese Empire, the current Martyrs’ Shrines were designated to commemorate the sacrificed lives who defended the Island of Taiwan in the Sino-Japanese War. Stripped off from the Japanese zukuri (architectural orders for Shinto Shrine constructions), the shrines are bedecked with the grand Imperial yellow roofs, which accommodated the Chinese imperial power in the late Ming and Qing Dynasty– the very power that the Republicans strove to overthrow during the Xinhai Revolution in 1911.

Through analysing the Shinto Shrines, the Martyrs’ Shrines and their material history, I contend that a continual interplay of political symbolism via architectural representations from different authorities, emerged from the Japanese colonial era, followed by the Republicans’ authority since the Post-war era and till now with manipulation of the notion of ‘colonial legacy/ heritage’–essentially never ceases, despite the situational considerations to the changing political and economic agendas proclaimed.

Dr. Liza Wing Man Kam is Research Fellow (Architecture and Urban Studies) at the Max-Planck Institute for Religious and Ethnics Diversity and Assistant Professor of Urban Studies and Chinese Societies at the Department of East Asian Studies at the Georg-August University of Göttingen. She was trained as architect and later researcher in Hong Kong, Singapore, Liverpool, London, Paris and Germany. Her work on Hong Kong and Taiwan depicts the transformation of political, societal and cultural symbolisms represented by the colonial urban heritage in their unique post-colonial settings by illustrating the inter-relation between architecture, historiography, identity formation and hence civic awareness. She currently investigates colonial Shinto Shrines in the Japanese occupied Taiwan as both religious space and political symbolisms for enunciating the different powers in post-war Taiwan. Her work puts into dialogue the local memory and the grand narrated history while interpreting the meaning of colonial urban heritage and colonial legacy.