Lecture: Sovereignty, Natural Law, and the Ironies of Decolonization: India and the Tokyo Trial

Home
/
Events
/
Lecture: Sovereignty, Natural Law, and the Ironies of Decolonization: India and the Tokyo Trial

Lecture: Sovereignty, Natural Law, and the Ironies of Decolonization: India and the Tokyo Trial 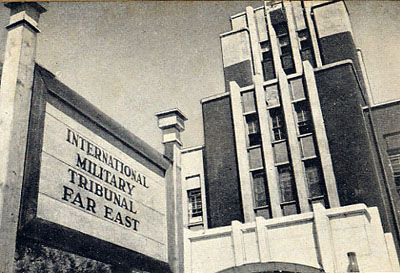 Sovereignty, Natural Law, and the Ironies of Decolonization: India and the Tokyo Trial

Abstract:
Is the demand for codified international criminal justice antithetical to the demand for agonistic decolonization of global political, military, and economic power? Or can the establishment of global norms of justice be made compatible with, and even grounded upon, anti-colonial and democratic interventions? By analysing Indian involvement in the Tokyo Trial (1946-48), this paper foregrounds some of the key complexities at stake in the dialectics between global norm-building and anti-colonial agonism. While existing scholarship on the Tokyo Trial has mainly dwelt upon legal and political history, I draw upon methodological debates in the nascent field of global intellectual history to sharply focus on the tense relation between sovereignty and natural law which mediated discussions on justice in relation to colonialism, in the Tokyo moment as well as in its long aftermath. I give particular attention to the dissenting Indian judge at the trial, Radhabinod Pal (1886-1967), and contextualize his controversial judgment in relation to (anti-) colonial politics and justice, not merely in relation to the Japanese Empire – and the decades-old Indian engagement with Japanese models of sovereignty – but also in relation to British India, Dutch Indonesia, French Indochina, and Korea. In the process, I relate the dynamics of the trial to transregional flows in legal-moral vocabularies and the emergence of international legal institutions, including, most notably, the post-war International Law Commission. Simultaneously, I relate Pal to other Indian actors, such as Agent General Girja Shankar Bajpai (1891-1954) and Prime Minister Jawaharlal Nehru (1889-1964), who related (anti-) imperial anxieties to the politics of the Tokyo Trial. Further, I show how the trial linked the paradoxes of India’s decolonization to foreign policy debates and questions about ‘race’ in relation to the United States and the United Kingdom. Ultimately, I theorize about how the Tokyo Trial can shed novel conceptual light on the tortuous ironies involved in decolonization processes, as regimes of sovereignty – and sovereign violence – were combated, translated, and expropriated across Asia through transimperial and transnational entanglements, often with haunting long-term consequences.