Home
/
The Future of Made in China
/
Participants

CeMEAS Podium:
What is the Future of Made in China? Opportunities and Challenges for Europe

Participants of the discussion

Introductions of the participants 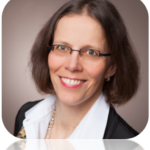 Doris Fischer is Chair for Chinese and Commerce at Würzburg University since March 2012. She studied Business Administration and Sinology in Hamburg and Wuhan, China, and holds a doctoral degree in Economics. She has done extensive research on competition, regulation and industrial policies in various sectors focusing amongst others on the rationale of Chinese economic policies and resulting incentive structures of economic actors. Her current research focus is on furthering the concept of innovation systems in the context of environmental sustainable, low carbon development and climate change policies with a special interest in the challenges posed by large, fast developing countries to the traditional paradigm of industrialization and economic growth. 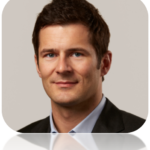 Thilo Hanemann is an Economist at Rhodium Group and leads the firm’s work on global trade and investment. Thilo supports the investment management, strategic planning, and policy analysis requirements of RHG clients within his fields of expertise. He is also a Senior Policy Fellow at the Mercator Institute for China Studies, Europe’s biggest China think tank, located in Berlin.
Thilo’s research focuses on new trends in global trade and capital flows, related policy developments, and the political and commercial dynamics of specific transactions.
One of his areas of expertise is the rise of emerging economies as global investors,
and the implications for host economies and the global economy. His most recent
work focuses on the evolution of China’s international investment position, and the
economic and policy implications of this new trend. 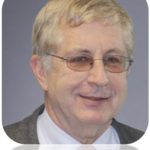 Barry Naughton is the Sokwanlok Chair of Chinese International Affairs at the School of Global Policy and Strategy. He is one of the world’s most highly respected economists working on China. He is an authority on the Chinese economy with an emphasis on issues relating to industry, trade, finance and China’s transition to a market economy.
Recent research focuses on regional economic growth in China and its relationship to foreign trade and investment. He has addressed economic reform in Chinese cities, trade and trade disputes between China and the United States and economic interactions among China, Taiwan and Hong Kong.
Naughton has written the authoritative textbook “The Chinese Economy: Transitions
and Growth,” which has now been translated into Chinese. His groundbreaking book
“Growing Out of the Plan: Chinese Economic Reform, 1978-1993” received the Ohira
Memorial Prize, and he most recently translated, edited and annotated a collection of
articles by the well-known Chinese economist Wu Jinglian. Naughton writes a quarterly
analysis of the Chinese economy for China Leadership Monitor. 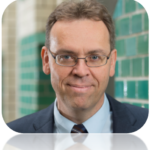 Sebastian Heilmann is the founding president of the Mercator Institute for China Studies (MERICS) and professor for the political economy of China at the University of Trier (currently on leave). Heilmann also conducted research at Harvard University’s Fairbank Center, the University of Oxford China Centre, and the HarvardYenching Institute. He has published extensively on China’s political system, economic policy making, and international relations.
Heilmann has years of experience providing advice to the German federal government and EU institutions. From 2010 to 2013, he was the principal investigator of a project group funded by the German Federal Ministry of Education and Research examining the industrial and technology policies of the People’s Republic of China. In 2014, he was appointed as one of 15 German representatives to the German-Chinese Dialogue Forum, which fosters non-governmental exchanges and bilateral confidence-building.
Heilmann is a sought-after speaker, commentator and interview partner on Chinese
affairs. He served as a commentator for German and international media such as Financial Times, New York Times, Wall Street Journal, BBC, Der Spiegel, ARD and ZDF
and regularly contributes op-ed pieces to German and international publications. 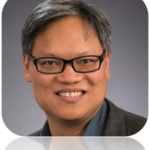 Victor Shih is an associate professor of political economy and has published widely on the politics of Chinese banking policies, fiscal policies and exchange rates. He was the first analyst to identify the risk of massive local government debt, and is the author of “Factions and Finance in China: Elite Conflict and Inflation.”
Prior to joining UC San Diego, Shih was a professor of political science at Northwestern University and former principal for The Carlyle Group.
Shih is currently engaged in a study of how the coalition-formation strategies of founding leaders had a profound impact on the evolution of the Chinese Communist Party.
He is also constructing a large database on biographical information of elites in China. 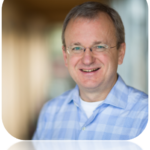 Eric Thun is the Peter Moores Associate Professor in Chinese Business Studies at Saїd Business School and a Fellow of Brasenose College. His primary areas of expertise are business in China and international business. His research focuses on the dynamics of competition in emergingmarkets.
In his current research, Eric analyses how a profound shift in the geography of consumption creates both challenges and opportunities for firms. Emerging markets are the fastest growing markets in the world, but the price constraints of consumers and institutional differences within these markets demand new forms of innovation, design, purchasing, and organisation. The future success of firms, and the economies in which they are based, depends on their ability to meet these new challenges.