Lecture： China and the World in 1900: Stories of the Boxers and the First Global War

Home
/
Events
/
Lecture： China and the World in 1900: Stories of the Boxers and the First Global War

Lecture： China and the World in 1900: Stories of the Boxers and the First Global War 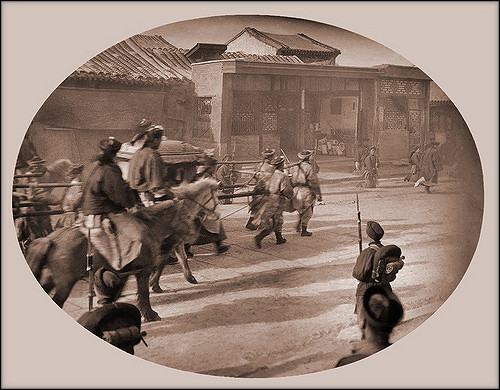 China and the World in 1900: Stories of the Boxers and the First Global War

Abstract:
This illustrated lecture, entitled “China and the World in 1900: Stories of the Boxers and the First Global War,” revisits the anti-Christian uprising and international invasion that convulsed the Qing Empire during the final year of the nineteenth century, paying particular attention to the varied ways these events were understood in different places at the time and the diverse kinds of stories that have been told about them since. As different as the world of 1900 is from our own, especially when it comes to China’s strength now as opposed to weakness then, we can see in the Boxer uprising and the response by an Allied Army made up of soldiers from Germany, Japan, Britain, the United States and four other nations and empires many intimations of many things to come in the troubled twentieth century that was about to start and in our own anxious age.

Short bio:
Jeffrey Wasserstrom, who received his master’s from Harvard and his PhD. From Berkeley, is Chancellor’s Professor of History at UC Irvine, where he edits the Journal of Asian Studies (term ending June 2018) and holds courtesy affiliations with the Law School and program in Literary Journalism.  He has written five books, including Student Protests in Twentieth-Century China (1991) and Eight Juxtapositions: China through Imperfect Analogies from Mark Twain to Manchukuo (Penguin 2016).  He has edited or co-edited several others, including, most recently, The Oxford Illustrated History of Modern China (2016).  In addition to writing for academic journals, he has contributed to many general interest venues, among them the New York Times, the TLS, and the Los Angeles Review of Books (LARB).  He is an advising editor at LARB and an academic editor of its associated China Channel.